Today the site has more than 1,300 uniforms plates to download to your computer. But we should add figurines, gouaches, watercolors and oil paintings (each piece is original and unique). 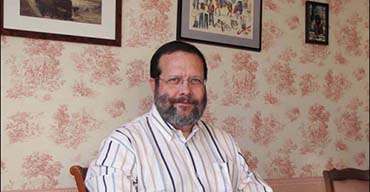 Born in 1952, author illustrator, regular employee for 25 years of several magazines and collections of works published by History and collections (Paris) and the publishing of the Gunner (Nantes).
Painter of self-taught formation, I dedicate myself for the main part, since the seventies, in the study and in the history of uniforms, a vocation been born with the publication of the first volumes uniformologiques drawn by L. and F. Funcken.
Regular employee of the various magazines specialized, I begin in Uniforms then joins Tradition.
Named official painter of the Army in 1985 (title preserved until 1994), I participate in various lounges in Paris and in province and realize numerous paintings for trophy rooms of regiments.
In the middle of the years ninety, without abandoning techniques traditional as oil paint or gouache, I approach the IT illustration which allows "to invent" a new kind there uniformologie, while staying in the synoptic and didactic logic of the big former. Hardly of this new technique, I realize series of plates in Figurines, Militaria, Steel-Masters, VaeVictis and Soldats Napoléoniens.
Illustrate numbers of works to history and collections, among which the Big battles of the First Empire with Dr Hourtoulle, dictionary of the officers of cuirassiers of Olivier Lapray. Author of the collection " Officers and soldiers " of this series of books dedicated to uniforms leave a big place with the computer graphics or the themes are approached in a very visual way, at the beginning of 2009 will be published the twelfth title dedicated to the French army of 1918. With the publishing of Gunners, I illustrated two books dedicated to the light Imperial guard of Napoleon III and the cavalry from 1845 till 1915. 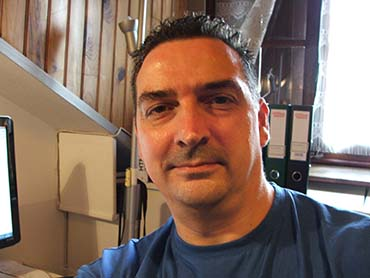 Born in 1968, he is webmaster and avid military history. I enjoy history books and especially of the period "Revolution, Consulate First Empire", he created in 2004 Bibliothèque Empire.. In 2013, he launches his professional website: ELM Création Web.